The Average Car Salesman Salary is Not Average

Published by KB on April 30April 30

It seems that there are a lot of people that want to know the average car salesman salary. This is usually the case when people want to know how to become a car salesman. However, there are a few things that need to be cleared up about this subject and that’s the reason for this post. You see the word salary makes many people think that the car salesman gets paid a fixed amount every month, but that is not the case because most salespeople get paid a commission based on their sales. Sure there are some dealerships that pay their sales staff a weekly flat salary and a fixed amount for each car sold, but this is very rare and it usually includes an average car salesman income figure that would embarrass a car sales professional. So what you should really be concerned with is the average car salesman salary/commission.

If you go to the Bureau of Labor Statistics which records the income of practically every legal profession in the United States and sort through the classifications and numbers the average car salesman salary is $43,790 a year. However, this number is not very specific because it includes other automotive professions and similar industry sales positions. I have a hard time believing that amount, but if you think about it and consider the turnover rate I suppose it could be the average if you remember what average really means. You could visit the page how much money do car salesmen make for some firsthand information and experience levels from car salespeople across the country.

Unfortunately, the car sales profession is known for high turnover, which is often caused by people that think they will give car sales a try. Many people looking for work are often lured into trying out the car business because they heard the work is easy and the money is great. However selling cars for a living is not so easy and the potential to earn big money is obtainable, but you need to work for your commissions by selling cars. These people trying out car sales are one of the main reasons for this turnover because they change their mind before they make it 90 days. This high turnover greatly affects these numbers which are why it's only $43,790.

Unless you are interested in becoming an average car salesman you shouldn’t be concerned with the average salary. The car sales profession is based in a competitive environment. A car salesman income depends on several factors, which include commission, bonuses, contests, and spiffs. Car dealerships are not looking to hire a staff of average car salespeople. They want automobile salesmen that are driven to sell more cars and make bigger commissions. If you want to be average maybe you better reconsider your choice of careers. You should really be focused on how to be the best car salesman because that's where the money is made.

So let's get down to what you really want to know which is the average new car salesman salary. When you start as a new and inexperienced car salesman you will probably receive a fixed amount for the first month in order to help you get the feel for selling cars. During this period you will be lucky to earn $2000 to $2400 for the month. Now if you multiply that by 12 months it ranges from $24,000 to $28,800. Obviously, that is nothing to brag about, but that’s only the first month. However, it will increase the next month as you learn the car sales profession, improve your skill and 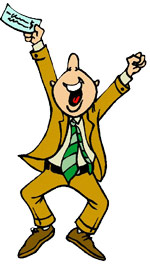 The second month as a newbie is where the rubber meets the road and your earnings come from commissions. If you are starting to catch on and sell a few cars you should be able to increase your monthly income about $1,000. Granted it’s not a fortune, but it’s only your second month. That would make your average income anywhere from $36,000 to $40,800. From then on it's up to you how much you want to earn and you car salesman pay plan. You can go here to learn more about car sales commissions and the car salesman salary pay scale.

Obviously, there are many factors when trying to determine the possible income and salary of a car salesman. Every dealership has their own pay plan, commission structure, and bonuses. There are not any standard pay plans or commissions when it comes to selling cars. Therefore it’s very difficult to determine the average car salesman salary. One salesman could sell cars at one dealership and another person sells the same number of cars at the dealership across the street and their earnings could vary greatly.

I have been in the car business for 29 years. My best year was in 2006, $216,000. Very few people know what car salesman make. You can't go buy the average, because it's a big turn over. The harder I work the luckier I get is true. Most people don't want to work, they want it easier maybe something for free. I like it when someone in service asks how is business now days. When you know they really give a shit about you, more concerned with their business or economic times, not knowing that four car salesman are starving to death and 3 are making all the money. In every dealership it's always that 2 or 3 salesmen making all the money and especially one. Yes that one guy or woman. I had so many months that nothing means nothing, (the greed took me over) all the bonus and fam broke me in. I made $67,000 one month. And it felt like someone took a baseball bat and beating me to death, but it felt good to make $67,000 that month. When I first started in car sales,I took a different approach, yes I know the Joe Verdes and Cardone and training, but more on how car sale were in the 40s and 50s . Very simple the more I did the more I sold. So here I'm the age of 26 years old started in 1992 but I'm 26 years old. I got some old filming from the late 40s how these guy we're selling cars. I have learned more from keeping it simple, the more I know and simply it works. Such steps, but these steps are very important, if I forget a build rapport with a customer, then I loose gross .. The hardiest step in my opinion is that every salesman makes is fact finding. Don't have them on the right car even when the customer says they know what they want , and you laugh about it when they had spent 6 hours and asking for the sale many times and no sale. I always remember that buyer are lairs. I have to say most of all the sale that I made the most money is were people really liked me. Grateful attitude goes all the way.

Most of automotive sales people do not get a salary + commission. They get what is called a "Draw Check", it depends on your experience. Average sales gets about $1200-$1500 a month draw check which go against your commission. Depends on your dealership, normally a draw check is divided in half and to be paid on the 15th & last day of each month and your "washout check" will be given on either 5th-10th of next month.However you will only have a "wash check" IF your commission is greater than the draw check amount.

Sales Managers often offer spiffs(bonus) for cap trick - sell 2 cars in a day or hat trick - sell 3 cars in a day. The Spiffs amount can vary from dealerships to dealerships from extra $50 Cap Trick all the way to $500+ for a Hat Trick. There were some manufactures/dealerships used to only offer monthly salaries or hourly pay but its extremly rare.

Automotive sales industry had treated me well between 2002-2008 as sale person, F&I Dir, Int Dir as well as GSM . I have seen sales who never made more than $24k a year and natural sales person who average $45k-$75k a year. Its all depend on your likability, self-motivation, honesty and excellent customer services.

A quick question about when most car salesmen get paid - If you get a salary + a commission, when are they usually paid out? Weekly, bi-weekly, monthly? If you get a retro-pay after reaching a certain number of sales, when is that paid out?