How Many Cars Should a Car Salesman Sell a Month?

Published by KB on October 23October 23

This question has been asked many times and by many different people ranging from GM, GSM to car salesman and even by the prospective car salesperson. It’s very difficult to come up with a definitive answer to the question how many cars should a car salesman sell each month because of the various ways that the car buying process in handled at a particular dealership. Someone that is considering a car sales career is always wondering what is expected of him or her. On the other hand the GM or GSM is trying to set a requirement for the sales staff to assure they are employing quality sales people and not slackers or salespeople that do nothing more than burn through quality Fresh Ups. 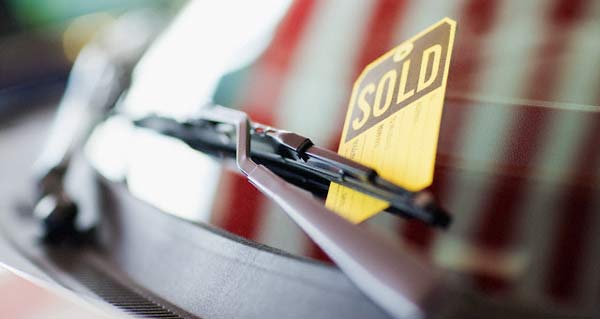 I have visited and worked with many automobile dealerships over the years and talked to many more about the way in which they sell and deliver cars. I have found that there are as many or more variations to car sales process than there are pay plans. How many cars a car salesman should sell a month is directly affected by the by the dealership’s car sales steps and selling process. I will share with you some of the different methods that car dealerships across the country use to sell and deliver vehicles and get into the number of cars sold per salesperson.

Some dealerships have the car salesman start with the Meet and Greet and move on to the next customer as soon as the deal is closed or the sales manager takes over. Then the sales manger, accessory manager, finance manager and a delivery person or porter, handles the rest of the car buying process. This process will get the car salesman back on the lot as quickly as possible. The car salesman will typically spend an hour or less per customer which allows them to spend more time selling cars. Number of cars sold by car salesman per month on average when the staff is proportionate to their traffic should be in the area of 30 to 36 cars a month for a good/top salesperson.

The number will go up and down slightly from month to month depending on the season, but on average the top/good car salesman should sell 30 to 36 cars and 40 or more is not unrealistic which also depends on the amount of hours worked. When you work more hours you can sell more cars. In this environment the average car salesman may sell somewhere between 15 and 25 cars per month. The salesperson that sells less than 12 cars a month on average at a dealership with this type of sales process may be considered sub-standard and depending on management may be let go for poor performance. Again this really depends on the requirements of management and the dealership and the expectations they have for their sales staff and in no way is this rule set in stone.

Now lets go to the other end of the spectrum of the car buying process and how many cars should a car salesman sell a month. The way things work at some dealerships is that the car salesman completes every car sales step including delivery and follow-up. Whether the car salesman closes the deal or if the sales manager steps in and closes the sale the car salesperson continues with the customer. The salesperson will then gather all the necessary information, present and sell accessories and any other add-ons including paint, fabric protection and rustproofing. The salesman will provide information to the Finance/Business Manager to prep the paperwork and then when the Finance Manager is ready the car salesman will escort the car buyer into the F&I office.

The above process could tie up the salesperson for a couple hours on an average day and it could 3 or more hours on a busy day. You can see the amount time spent with each customer is quite different between the two scenarios. So when it comes to how many cars a car salesman should sell a month with this type of car sales process the numbers come in very differently. The number sold by a good/top car salesman is somewhere between 15 to 20 car a month. A consistent top producer may range from 18 to 25 a month and sometimes a few more in prime months. The sub-standard car salesman in this type of dealership would probably be less than nine cars a month on average, but I have seem many dealers that have sales people that have been selling for years only selling 7 or 8 cars a month on average.

Car Salesman Number of Cars a Month and Income

Don’t make the mistake of thinking that a car salesman’s income is a direct reflection on how many cars a car salesman sells a month. Car sales commission and pay plans can make all the difference in the world. The percentage of profit commission, spiffs, bonuses and manufacturer spiffs and contests can have a huge impact. Remember the first scenario where I told you about the car salesman moving on to the next customer after closing the sale the car salesman? The sales people that were selling between 30 and 35 cars a month were making 65-70K a year. Now the salespeople at dealerships that were full service like the example above were selling 18 to 25 cars a month and earning 95K to 120K a year. So you can see the pay plan and commission structure is more important than the number of cars sold and does not necessarily reflect how much a car salesman makes a year.

So when it comes to answering the question how many cars should a car salesman sell a month depends on lot of different factors including car sales skills. Would you rather sell 30 cars a month and make 70K or would you prefer to sell 20 cars a month a make a six figure income. The simple answer is that you should sell, as many cars as you can, but I didn’t think that would help answer the question. We entered the car business to make money so pay more attention to your income rather than trying to sell more cars for the sake of the number of cars a month.