I Want to Think About It

Published by KB on June 5June 5

How many times have you heard a potential car buyer say I want to think about it? Probably more times than you care to remember and you are likely to hear them say it again and again unless you have done your job correctly. Do buyers really need to think about it or is it a just the standard answer for the car salesman when they decide to go somewhere else to buy a car? You know they thought about it or they wouldn’t be at your dealership, so what is the problem? 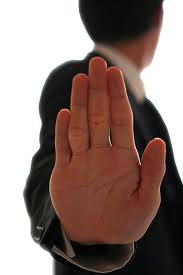 They thought about the money, the idea of getting a new ride and they probably thought about the down payment and the trade, so what do they really need to think about? It is very likely that you failed to get their blood pumping, maybe you have them on the wrong car, the wrong trim level, or failed to put them on a car that included an option that was special to them. Perhaps it was something that you said or did that turned them off. Maybe did not listen closely to what they were saying both verbally and through their body language.

Why Customers Say They Want to Think About It

Were you paying close attention to your customer’s reactions and verbal clues throughout the entire time you spent with them from the Meet and Greet up until you heard those dreaded words “I have to think about it”? Probably not or you would have known things were going sideways and you would have made the adjustments necessary to put the sale back on track. Did you ask the questions you needed to ask and listen very closely to their answers, did you look at them square in the eye and determine if their words matched their reactions?

Many people are not always honest when dealing with the car salesperson and that is where the saying “Buyers are Liars” comes from. People won’t come right out and say “I don’t like you, “You talk like a cheesy car salesman” or “You smell like smoke”, but they will say I have to think about it. These are not dishonest people, in fact lying is not a part of their nature, but that is how they object to being sold. It means that something is not right and that you need to find out what it is and get past this objection. If you think their objection is about you then it’s time to get a sales manager to step in or take yourself out of the deal and get a “T.O.” or takeover to continue with the customer because a half deal is better than no deal.

Thinking About It is a Car Sales Objection

I have taken more “turns” and closed behind more salesmen than I could ever count and many times all I have to do is start asking simple open-ended questions to discover what the real reason is for their objection. I am not saying that I have closed them all, but I am saying that when people say “ I need to think about it” it’s not because they have to think about it. Something is bothering them and they just don’t feel comfortable enough to make the deal. Maybe they don’t have all the information they need or at least think they need and it is holding them back. I recall one time where I went in after the salesman and after talking for a while and getting them to talk they finally told me the real objection. 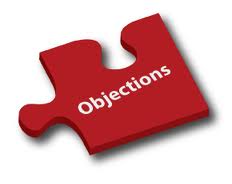 You see the car that the salesman had them on was the right color and the right trim level including the alloy wheels that they said they wanted. However when that model is equipped with alloy wheels it is part of a package and that package included a sunroof. They didn’t feel too good about the roof and thought the salesman was trying to force them into a car they didn’t want. He explained it to them, but they weren’t buying his explanation. I printed out some information from the manufacturers website, shared it with them which made it clear and within a few minutes we made a deal.

So the next time a customer tells you they want to think about it just remember that there’s a piece of the puzzle missing and you need to find out what it is quickly. The salesperson in the above scenario did everything they could think of at the time, but sometimes the customer needs a second person to say the same thing or even some third party proof before they feel comfortable about buying a car today. Yes, there are times where can’t do a thing to keep your customer from using to common car sales objection “I want to think about it”, but when you do a great job starting with the Meet and Greet you greatly reduce the chance of having your customer say those dreaded words.