The Life of a Car Salesman – Part 1

Published by KB on April 23April 23

There are so many articles, posts and stories out there that portray the life of a car salesman as a miserable career. I can only assume that these people were not very good at selling cars or that they weren’t willing to put forth the effort to become a successful car salesman and reap the benefits that are available to those that have paid their dues. Because the life of a car salesperson can be fun, lucrative, challenging and exciting. OK, maybe I’m exaggerating a little bit and overcompensating for the negative press, but being a car salesman can be a great life.

Over the years I have talked with customers on the phone and on the showroom floor that tell me that they used to sell cars for a living and that they know how it works. They called or came to the dealership to buy a car and they wanted me to know that they are special and they expect to be treated differently. I can’t resist from asking them about their existence as a car salesman because I almost always get the same old lame excuses about hours, commission, economy or management. In other words they probably sucked and their day in the life of a car salesman was less than desirable. The funny thing is that they are usually easy to sell and they will pay profit if you make them think you are treating them like they are special the same way you should make all customers feel.

The Daily Life of a Car Salesman 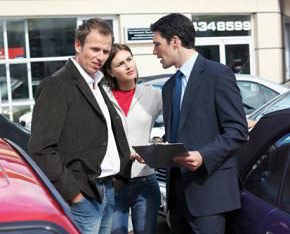 The daily life of the car salesman is very hard to predict because practically everyday is different. If you kept track of everything you did everyday your diary of a car salesman would be huge in no time at all. The basic routine might be the same, but the people, the cars and the situations will never be the same. You get to work and typically have a short sales meeting with your fellow salespeople and the sales manager on duty. Sometimes the meeting will get you up to speed on the previous days sales, incentives and inventory and other times it may include tips for selling more cars.

However, if the day before was a rough day the sales meeting could be a bitch session by the sales manager. In which they may or may not single out mistakes by other car salesmen. After the sales meeting you will see if there are any customers on the lot or in the showroom that aren’t with a salesperson and help them in the manner your car sales training taught you. Being a car salesman means customers are your first priority. Phone calls will be your next priority and then checking messages and returning calls.

Hitting the Lot is the Duty of a Car Salesman

Then you should make sure you are familiar with your inventory. Check for new cars that the dealership received, review the sold vehicles from the day before and take a look at any trade-ins that came in the day before. Knowing your inventory can save you time and allow you to make a sale by switching cars. Now its time for what many dread as the life of a car salesman, looking for potential car buyers. You wont be alone in your hunt for customers, in fact there will probably be several of your coworkers on the prowl also and this is where you need to stand out from the pack.

[box type="alert" border="full"]Life of a Car Salesman Motto: If You’re Not in Front of a Customer You’re Unemployed[/box]

Throughout the day you will be checking for phone messages, checking your email, following up with sold customers, stalking customers that left without buying a car and working on how to be a good car salesman. You will also be talking to past customers and asking for referrals, sending emails and/or making calls to customers on their birthdays and anniversaries. The life of a car salesman includes asking for referrals and prospecting for new customers both at work and during your time away from the dealership. Limiting yourself only to Fresh Ups can keep you from earning a six-figure car salesman salary.

The Epitome of the Car Salesman 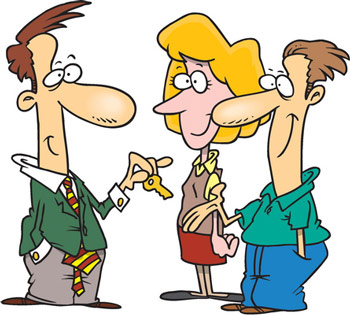 Suddenly and without warning you get a customer and the life of a car salesman begins. You get a chance to use your skills, sell a car and earn a commission. You handle your customer as you were trained and there are only two possible outcomes. The first outcome, I hope for your sake is that you sell a car, which is the ultimate outcome in the life of a car salesman. Hopefully you close the sale yourself or you may need the aid of a sales manager, which happens at times. The second outcome is that your customer doesn’t buy a car for any number of lame reasons or excuses like  have think about it, I have to talk to my spouse or it’s your fault. They might tell you they will be-back, but they wont’. Don’t believe them because you will be the one holding the empty bag or your empty wallet because you get paid for selling cars. Therefore you will follow up with them until they buy, die or file a restraining order.

The Monthly Life of a Car Salesman

The car business operates on a monthly basis, in other words every month the books are closed and the next month starts fresh and it works the same way for all the car salesmen. Each and every month all the sales people start with zero sales therefore the life of a car salesman revolves around a monthly calendar. The car salesman has opportunities to earn bonuses and spiffs for sales volume, which are based on the number of vehicles sold during the month.

Obviously the monthly life of a car salesman consists of the days of the month discussed above, but there is also the need to pay attention to the time of the month for the sake of bonuses and how much a car salesman makes. However some dealerships require their salesmen to sell a minimum amount of cars every month and if they don’t they will be let go. Anybody can have a bad month now and then so it’s usually based on a three-month average. So you can see that the car salesman needs to make the month a big part of their life whether it’s for bonuses and spiffs or keeping their job.

Much More to Being a Car Salesman

Sounds a bit boring, but that’s the life of a salesman without sugar coating the profession. However there is much more to a car salesman’s life than the above routine. Let’s not forget about the fun, the relationships, the money, the opportunities and the money. I know I said money twice, but that’s only because of the incredible opportunities for making the big bucks that are in the car business. I will cover all of these plus some of the cautions and warnings about the life of the car salesman on this car salesman blog and in part 2.

Go to Part 2 - The Life of a Car Salesman – Warnings, Fun and Money