Getting More Showroom Traffic and Ups

I get a lot of emails asking about how to get more showroom traffic and Fresh Ups, but the answer is not an easy one. It is a two part answer and one part is the responsibility of the dealership and their advertising budget for print, radio or television, but across the country more dealers are lowering their traditional media spend and raising the Internet ad budget. The Internet has changed the way that dealers and manufacturers attract customers today which has taken its toll on Fresh Ups. 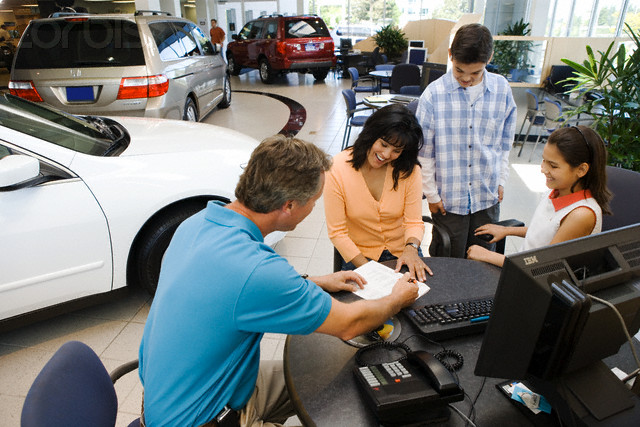 The second part of the question about getting more traffic is about the car salesman and what they can do to put the odds in their favor which is what we are all about here at CarSalesProfessional.com. You have probably heard it all before, but maybe you weren't paying attention and that is follow-up. That subject is very broad, but the main type of follow up that I am referring to is past customers that bought over a year ago.

The car buyer bought from you or your dealership once because they felt comfortable enough to make a major purchase and the odds are in your favor that they will return as showroom traffic. Almost every day I see customers come in that bought from the dealership in the past to look for a new car, but they rarely remember their salesperson so they end up working with whoever Ups them. Sometimes the car salesman that sold them in the past is no longer working at the dealership, but sometimes that salesman is still there yet they don't remember them or don't care to remember them because they haven't heard from them since they bought their last car.

Create Your Own Showroom Traffic

On the other hand I have seen a few customers come in the door and ask for a particular salesman because they received a letter, email or phone call from them about a new model, special sale or low financing rates. They felt special because their salesperson made them feel special and they returned to the same place they bought their last car and asked for the car sales professional that contacted them about the special sale or event that increased showroom traffic.

These customers typically buy their new car from the car salesman that contacted them and more often than not they paid more profit and in the end more commission to their salesperson. The customer felt comfortable last time and that is making them easier to work with this time. The end result they bought a car and you made a commission.

For you new car sales people that are trying to build a list of past customers you should know that I have seen sales people follow up with orphan customers (customers that bought from sales people that are no longer working at the dealership) and produce the same results. The customer remembered the dealer, but didn't always remember the car salesman. If you can get your hands on some orphan customers some of your time might be better spent doing follow ups which can create more car showroom traffic for you.

Do You Read the Book? Start Making Your Own Traffic...Prospecting, referrals and More

You Can Make a Six Figure Income Selling Cars.....Get the Book!