Should I Become a Car Salesman?

Published by KB on March 27March 27 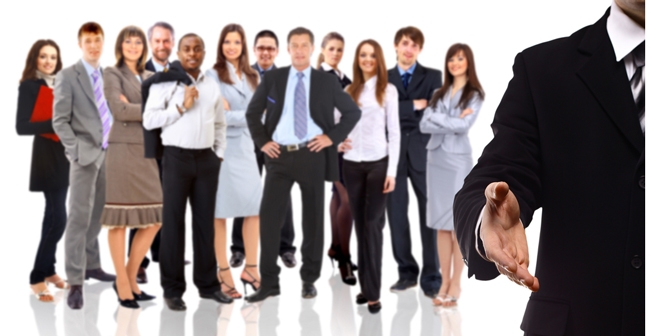 I get a large number of emails from people asking me should I become a car salesman. They often give me a brief overview of their past work experience that ranges from high school student that loves cars to bankers, insurance reps, realtors, truck drivers and everything else you can imagine. Without knowing more about these individuals it’s very hard to say whether or not they would make top-notch automobile salespeople or not. So I decided to write this post to give you something to think about if you were on the fence about selling cars for a living.

Why Become a Car Salesman? For Success and Money!

Becoming a car salesman could be the best thing that ever happened to you or it could be the worst experience of your life. After 3 or 4 months of selling cars I wished I had gotten into the car business years earlier. However I have met and talked to people that tried a career in car sales and despised every single day that they came to work at the dealership. Of course the dealership can have a huge impact on the experience of a new car salesman. The management, location, brand of car and even training or lack of training can sour the “Green Pea” or “Newbie”.

Obviously it’s important to start selling cars at a good dealership that includes training (without charging you) and a management staff that’s interested in seeing you achieve success in the car business, but that’s another post. I have often told people that had a bad experience at being a car salesman at a particular dealership, but thought they might like selling cars to change dealerships.

Past Experience to Become a Car Salesman

OK, back to the question should I become a car salesman? Of course you should become a car salesperson, but that’s just me. That’s how I personally feel about the profession, but that’s not you. I have sold cars alongside college graduates, high school graduates and even some people that never finished high school. I have seen car salesmen that were previously employed as truck drivers, insurance salesmen, college professors, government employees, bankers, factory workers, service writers, auto technicians, accountants and whole list of other occupations. So far I have not been able to discover a link between any previous occupation and being a car salesman that is successful. 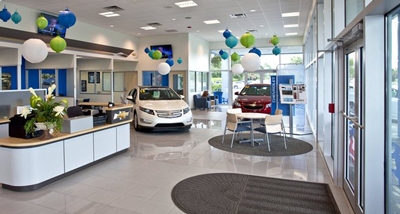 Should You Pass on Becoming a Car Salesman?

Are you looking for a reason to take a pass on becoming a car salesman? If you are let me help you out with some reasons to move on and look for some other vocation. The hours are long, some days you work for free, that’s right you could work a 12-hour day and not make a cent, zip, nothing, no money. You need thick skin to be a car salesman, but you must be able to take rejection, work with a customer for hours only to find out they can’t even buy a car. Can you deal with getting thrown under the bus on a regular basis? You may have to work most of the day without taking a lunch break. Are OK with splitting a deal with another salesman after working with a customer for hours and the T.O. closes the sale in 20 minutes? Your paycheck on Friday might not amount to enough to buy you coffee for the week. You might work a shift without even talking to a customer. How does that sound? Have you seen the tribute to the car salesman? Have I changed your mind about becoming a car salesman yet? Are you thinking why being a car salesman yet? If not you should read on for more about this brutal, ruthless, and cold-blooded vocation.

Survive or Thrive as a Car Salesman

Should you become a car salesman you will have to go to work everyday and deal with different people, situations and opportunities. Your days will go by very fast and will have to meet all kinds of people from all different walks of life. You will make your living with your mouth, your wit, your brain and a pen. You will laugh, make jokes and have fun doing your job. You will make friends with some of the people you work with that will last for years. Your paycheck on Friday could possibly be more for one week worth of work than you ever made in a whole month before. You will get paid on a commission basis and you can earn extra money from spiffs, bonuses and manufacturer salesman incentives.

The turnover in the car business for salesmen is high because selling cars is not for everyone. Some would say it takes a rare breed to be a successful car salesman, but I would say that all it takes is a person with the right attitude and mindset along with the desire to make big money. A six figure car salesman salary is here for you if you really want it and believe you can achieve it. So if you are still asking yourself should I become a car salesman go ahead and give it a try and sign up for the car salesman tips. What do you have to lose other than an opportunity to enter a very lucrative field full of opportunities to make an income that many people only dream about and have fun at the same time.

Later, fresh Up on the Lot

Want to Know More About Becoming a Car Salesman? Read the Book!

For me, becoming a car salesperson has been a godsend. Am having the best month for a while after a run of time wasters and almost rans etc. Had someone in recently who looked me up and down and tried to intimidate me into dropping the price on a car, saying `I'll go to the city its XX cheaper there' give me a free towbar' all those demands were water off a ducks back for me. He came in yesterday and after one last try on session `sign me up' so I did, at full tick. I often see in online forums how people go from dealer to dealer lowballing and even when they have a good deal keep trying at the signing stage and walk away for the fun of it (I don't understand that): I have learned to spot these a mile off and whilst I never burn them, I don't waste hours with them by any means. Body language is very important, and people who ask questions they already know the answer to ring alarm bells. Had another customer recently who even after contract signing was ringing up `can you throw this in, can you throw that in' one policy I have implemented is once a contract has been signed, that is it. Even if the customer wants extras and wants to pay for them, we do not rip up the contract and start over. It takes up my time, holds up and disrupts the workshop schedule etc. We recently bent this rule: customer wanted extra accessories fitted: we pulled out all stops to get the car delivered by the original promised time, took the technician off another urgent job: The customer shows up at midday instead of 4pm that afternoon as agreed: proceeds to complain how slow we are. A good deed never goes unpunished. The essence is: control the environment, don't let people dictate everything. I have no shades of grey: an answer from me is either yes or no, and I am true to my word and that is why a lot of customers come to me.