The Car Salesman Image and You

I think everyone that visits this blog knows that the Car Salesman Image is one that needs some help. As a car sales professional we have to overcome this bad image and reputation on a daily basis in order to do our car salesman job. This may seem unfair that we have to overcome the damage that has been done by those before us, but that is part of the job of a good car salesman.

The Car Salesman Image vs. Most Businesses 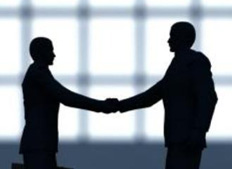 When we go to the grocery store and buy a gallon of milk we are expected to pay full price or when we pay our utility bills we are required to pay the full amount. If we started to haggle with the grocery store owner we would be thrown out of the store and if we negotiated our utility bills they would shut off our gas or electric. Doesn't seem fair to me, but that is the way things are and we just have to deal with the fact that the car salesman image is less than desirable and not always covered in your car sales training.

Opportunity and the Car Salesman Image

But when a mooch comes in to buy a new car they want to pay less than invoice, get the rebate and the low rate financing. I guess the car business wouldn't be the car business if customers came in and bought a car at M.S.R.P. and financed at buy rate. If that was the case the showroom would be filled with car salesmen and a car sales woman or two that were paid by the hour and there would not be any opportunity to make a six figure car salesman income. I don't know about you, but I am not willing to settle for hourly pay just to improve the car salesman image.

That reminds me of an Old School car saying where someone asks the car salesman how they can sleep at night when the screw car buyers all day long at work, the car salesman says "I sleep just fine on my satin sheets in my king size bed in my 5 bedroom house". That saying may feed the poor car salesman image we already have to overcome, but it make that person think.

Treating our customers in a professional manner may sound too simple or like a cliche', but it really can make a difference. I have upped credit criminals in the past that I treated respectfully and professionally even though couldn't buy a car and they sent me 3 customers. Two of those customers could buy and one couldn't for the same reason. However, one of those two that bought, have bought 3 cars from me in the past five years and sent me several others. The ones that bought had marginal credit and signed very close to the first pencil. I don't have to tell you that they were all very nice commissions. I was happy and I have a very good car salesman image when it comes to those customers which gets me more referrals.

The above scenario is the exception rather than the rule, but I treated them like they were my most important customers and it paid off. The best way to improve the auto salesman image and reputation is be a professional, one customer at a time. There is no question that that we will have to continue to deal with mooches, credit criminals, middle of the road customers and the ones that love us after we cleaned them out, but if we get in the habit of treating them like they own the joint you just might close a couple more deals a month and improve the car salesman image. A career in car sales is about the numbers, so put them in your favor by being aÂ  car sales professional.