What Do You Think About Selling Cars

Published by KB on April 30April 30

There is no question that we all sell cars to make money, but what do you think about the selling profession? Are you proud of what you do or do you avoid the question? Is being a car salesman a dignified occupation? Many people see the automobile salesperson as a less than desirable person and they believe selling cars for a living is beneath them. However the most important question here is what you think about selling cars. 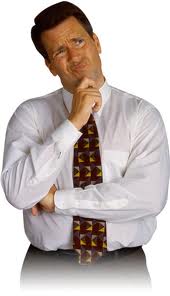 I am sorry to say that I will be the first to admit that I did not think highly of being a car salesman before I entered the profession, but now I am quite proud to say I sell cars. I didn't take me long to change my thinking after I could see that a six figure income was very possible. Yes, making good money is important, but if you are going to succeed in the car business you need to lose any negative thoughts or beliefs you have about selling. That is probably one of the biggest road blocks to being a successful car salesman because true success requires a commitment, both mentally and emotionally.

One of the reasons for high turnover in the car business is the way people think about selling cars. They take a job as a car salesman to give it a try until something better comes along and they usually fail and then bad mouth the business. They weren't committed and they couldn't see themselves as a good car salesman. Their inability to lose the negative image they have about selling ultimately causes their demise.

Sales is one of the highest paid professions in the world and one of the reasons for that is because so many people don't want to sell. The world never portrays the salesman as the pillar of society or the good guy, in fact they are usually depicted as greedy and pushy liars. We know that is not true, but too often sales people retain those kinds of thoughts and images which keep them achieving their potential. If they stay in the business they are typically mediocre sales people and eventually leave the profession.

The moral of the story is that you need to be 110% committed to being a top car salesman. Clean out all of those images and thoughts that selling is anything less than a great occupation. Be proud to tell everyone that you are a car salesman. Embrace your automobile sales career and believe in what you do. Think, talk and act like you are the best car salesman in the world and you will become more successful. Nobody wants to buy a car from a person that isn't confident, positive and enthusiastic about their product, abilities and their dealership. You can sell more cars when your thinking is right and you feel good about what you do for a living.

Read my Car Sales Book because you Can be a Top Car Salesman!