This is the third installment of "Why Car Salespeople Fail" you can see part one here and part two here.

Time and time again I have heard people say that they will give car sales a try because they heard that the money can be good, but giving it a try is not good enough. True success does not come from giving something a try. Success in any field requires commitment and determination and especially when it comes to selling cars for a living. Being a car salesman or car saleswoman is not like any other type of sales career and it’s not for everyone. Lack of commitment is one of the top reasons why car salespeople fail. 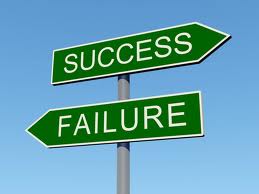 When a person decides on a car sales career they must be committed to becoming a top car salesman and does what needs to be done to achieve the results they desire. A half ass attempt does not work in the car business. Many have tried this route and many have failed only to complain about the hours or getting paid on a commission basis, but it usually comes down to the fact that they lacked the commitment to succeed. If selling cars for a living was easy everyone would want to do it and then earning a six figure income would not be achievable. Fortunately those of us that made the choice to be a car salesperson and are stilling doing it today are successful because we have made a commitment to ourselves to succeed. There is no room for trying in the car sales business only.

Thinking that Selling is Beneath Them

This is one area that makes me crazy because I have met my share of people that think selling is beneath them. I could have combined this with “lack of commitment”, but I felt it was important to address this subject separately. Everybody sells no matter what line of work they are in, they need to sell themselves and their ability to do the job if they are going achieve any kind of success. In fact the most successful and wealthiest people in the world sell. Selling is the highest paying career in the world.

Typically the people that think selling is beneath them are usually making much less money than those that sell. I have seen plenty of these types of people in the car business over the years, but they don’t last. They rarely admit to thinking that selling is beneath them, but in their head they believe it to be true. This type of thinking will then lead to lack of commitment and the other reasons why car salesmen fail and then they ultimately do fail. If you think that selling and making a six figure income is beneath you then get out now. Take a lower paying job and hold on to your beliefs about selling.

I must admit that before I started in the car business I was one of those people, but once I started making the kind of money that a car sales professional can make my way of thinking changed quickly. You can look down on me all you want, but there are very few jobs that allow you to make a six figure income without a Masters Degree in a high paying field. There are plenty of people in the work force today that don’t have the ability to make that kind of car salesman income that wish they could. I am proud to say that I sell cars for a living and you should too if you are going to succeed in this business.

More of Why Car Salespeople Fail coming soon. Part one is here and Part Two is here.

P.S. Have you read the Car Salesman Book or Car Sales Closing Techniques?