10 Things a Car Salesman Should Know

Whether you are just starting out in the car business or if you have been around since the good old days these are the 10 things a car salesman should know. Things have been changing in the car business very rapidly over the past few years, but these remain to hold true and probably will as long as we are selling cars for a living. You could call them commandments or the basic rules of being a car salesman. Regardless of what you call them you must not forget these golden rules for car sales success.

Things a Car Salesman Should Know to Succeed

1. Two People Meet and One Gets Sold.

This is one thing to ask yourself every time you are with a customer and probably one of the most important things a car salesman should know. Who is getting sold you or them? Sometimes they will try to turn it around on you, but remember that you are the salesman.

Of course they are all at the dealership to look at cars and nothing will happen until they meet a salesman, but not just any car salesman it must be a professional car salesman. They won’t tell you that they are here to buy a car they will tell that they are just looking and buying in the future, but if you are a true salesman or saleswoman you can sell them a car today or at least in the near future. Just looking is the car buyer’s first line of defense against the car salesman you can accept it or you can sell them a car, you decide. Top car salespeople understand that of the 10 things a car salesman should know this is the one that is often forgotten by newbies.

3. Bad Mouthing Your Competitors Will Hurt More Than Help.

Don’t let yourself get caught in the trap of bad mouthing the competing car dealer because it will do more harm than good. You don’t know what they are thinking and you might even be insulting them without knowing it. Show them why you, your vehicle and your dealership are the best place to buy a car. I have seen many deals lost after a salesman talks trash about another dealership or brand. Your customer might be a regular customer at the dealer you are running into the ground for the past ten years and they just came by to see what you have to offer. Stay positive and show them what you have to offer and let them decide or you might be chasing them back to the other dealer.

4. The Dumber the Better.

Use the selling system that you were trained to use to sell cars and don’t start thinking that you know a better way. This is the quickest way to see your sales drop. When you start leaving things out and short cutting the system you could be shooting yourself in the foot. Car sales training systems were designed to work throughout the dealership and be consistent. One step is made to work with the next and the one before. I will guarantee that you will lose deals when you start thinking you know better or start short cutting the system. This is one of the things a car salesman should know, but often forgets. Dummy up, get back to basics and you will sell more cars.

5. There is Always More and F&I Will Prove It.

We have all had the customer that wouldn’t bump another dollar, but after they got done in F&I their payment went up 20, 30 or 40 dollars. The things a car salesman should know include knowing that there is always more room, but when you believe that they won’t go another dollar think again. Maybe you didn’t show them a reason to spend more or provide enough value in the vehicle or the dealership. Think about how bumping them another $100 will equal 20, 30 or 40 dollars towards your car salesman salary. If you don’t get it the F&I Department will. 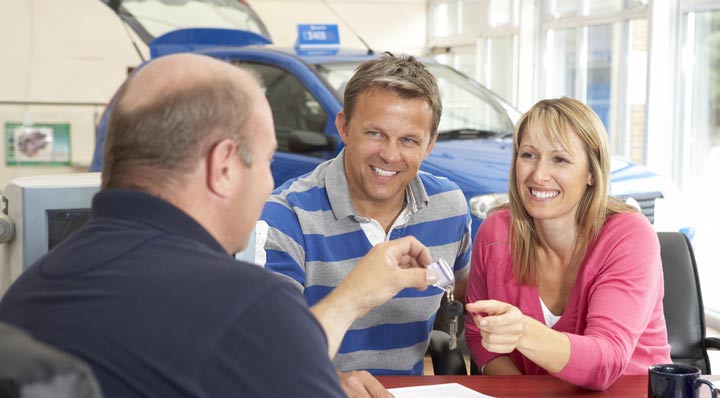 Stop thinking that price is the only thing that will close the deal because that is not the case. Almost everyone is will to pay more when they see the value in something. Stop working the desk and start working the customer and provide more value. Many salespeople work the desk harder than they work the customer, but when you show them “What’s in it for them” you provide more value and ultimately make more commission. The things a car salesman should know and never forget is that whether they are a newbie or a veteran is that it’s not always about price. It doesn't matter if you are selling used cars or BMW's is not always price.

7. True Car Salesmen Know “Be Backs” Won’t Be Back

You may have heard this one a few hundred times, but that’s because it is usually true so I will say it again: Be Backs won’t be back. They say they will, but what they are really saying is that my car salesman didn’t sell me on why I should buy a car from them and their dealership. They think there is more to be had somewhere else because you didn’t make them feel otherwise. They sound so sincere and they have numerous reasons, but that is their way of giving you the bad news. Granted they may visit another dealer and feel the same way about them, but if they meet a real car salesman they will buy a car and all the follow-up in the world won’t help.  Once they tell you that they will “Be Back” your only chance is that they visit another dealership and tell them the same thing and then you have a remote chance with follow up if you something more to offer. Can you believe that people ask why do car salesmen lie when they are the ones that are avoiding the truth.

8. Things a Car Salesman Should Know About Enthusiasm and Selling Cars

Even the grumpy old fart that buys a car is excited about buying a new car, but they certainly aren’t going to tell or show you that. Car buyers don’t want the salesman to think they are excited about the prospect of driving home in a new ride, but they are and enthusiasm will heighten that excitement and engage more of their emotions. Being positive and enthusiastic about them having a new vehicle will only help you sell more cars and increase your commission. When people use their emotions to purchase a vehicle you are the one that comes out on top. Enthusiasm is an emotion and your ticket to sales and logic is the quickest way to a short deal. The things a car salesman should know include enthusiasm because enthusiasm sells cars. Be enthusiastic, include positive things about cars, be upbeat with your customers and you will sell more cars and make more money.

9. The Sales Manager Wants to Sell a Car as Badly as You Do

You might think otherwise, but it really is true. The sales manager gets paid based on sales and gross and they really do want you to sell cars. When the desk or sales manager won’t accept your deal it is because they feel there is more room, the customer can be bumped or that the next person will pay more for the same car. It’s not personal it’s business and they really do want to sell cars just like you do and one more of those things a car salesman should know.

I left this one for number ten because too many salespeople like to use this for an excuse when they don’t make deal, but it is true in many cases. Talk to enough car buyers both on and off the car lot and you will find out that the average consumer thinks that lying to the car salesman is acceptable part of the game. Even that person that never tells a lie thinks that it’s not a lie, and sometimes they use it as a how to tell salesman no, but its all part of the car buying process. Cars dealers don't want their car salesmen to lie, yet customers do so repeatedly. Again this is one of the few things that the customer uses as a defense because they don’t want to be taken advantage of by a car salesman. Things a car salesman should know include being wise to how the customer thinks. The salesman must understand that they need to break down this customer barrier and change the way the customer thinks. This is also where body language, tone and facial expressions are important when selling cars professionally. Most people are honest unless they are buying a car so they will usually give themselves away with their facial expressions and eye movement. Accept these car salesman facts, but don’t use it as an excuse for not selling a car.

The Basic Things a Car Salesman Should Know is a Foundation