Are You An Effective Car Salesman?

Maybe that question isn't fair because everything is relative. So let's establish what an effective car salesman is and is not. A true professional believes in his or her product, their abilities and the dealership where they sell. They close deals and deliver cars every month consistently. Everyone has a bad month now and then, but overall your sales are regular and consistent. You follow-up with your customers both past customers and be-backs and you have a respectable C.S.I. score most or all of the time.

I have known sales people that could fit the above description that only sell 6 or 7 cars a month, but I wouldn't say that they were an effective car salesman. If you spend 40, 50 or more hours a week and only sell 6 or 7 cars a month you better be burying them and making some huge grosses or it's time to change your ways. Because you are missing out on the opportunities that everyone that decides to sell cars for a living should be exploiting. Being a car salesman is one of the few careers that allows you to make a six figure income, but you have to have the drive and desire to make it happen. 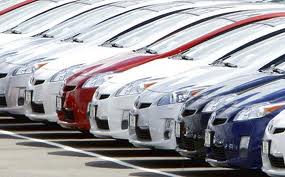 I know there has to be top, middle and bottom performers in every occupation, but are you willing to settle for anything less than being an effective car salesman? I hope not because there is too much at risk. You need to think, talk and perform like the best of the best in your field. You are not worried what what the next guy or girl is selling or doing. You are only worried about what you are doing and the results you are getting. You come to work every day and focus on selling a car. Whether you are an Internet Sales Manager or you are working the floor the only thing that is important to you while you are on the job is selling a car. First one, then the next one and the next one and so on until the month is over and then you start all over again.

The effective car salesman is constantly looking for a way to sell a car. Not standing around bitching about the showroom traffic or whining about their last commission check. They are on the phone, sending emails and looking for the next opportunity to make a sale. Some might say that the top performers have a big ego or they are always  getting handed deals and that might be the case, but would you hand out a deal to a 6 or 7 a month sales person or would you rather have a 20 car a month guy or girl take that customer if you were the Sales Manager?

You can be a top performer too, but focus is what makes the difference. Focus on your customer and what they are saying and not saying. They will tell you how to sell them, but not if you don't give them 100% of your attention. Focus on your closing ratios, are they improving or slipping. Monitor you year to date income is it rising or falling. Focus on the effectiveness of your walk-arounds, are your customers paying attention or are they looking at the next thing. Pay attention to your closing techniques, are they effective or offensive. Choose your words carefully because one wrong word will blow a deal when it comes to selling cars. Pay close attention to everything no matter how minor it may seem. Then adapt, adjust, improve and succeed. Focus to become an effective car salesman and earn the big money that only a car sales career can provide.

You Can Be a Top Car Salesperson Too!

Others Do It and You Can Too!