The 5 Most Frightening Things About Becoming a Car Salesman

Published by KB on October 29October 29 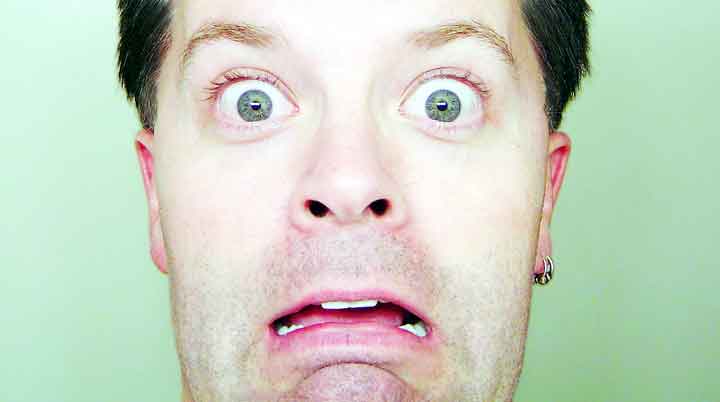 Who in the world would want to become a car salesman with the way that the media and the public talks about them? Why would someone want to enter a profession that is constantly criticized, scrutinized and belittled? Well that’s what people have to look forward to if they are thinking about selling cars for a living so why bother. Good question, but the car sales profession needs good people that want to make a career out of selling cars for a living. Despite all the negative press and the general attitude about being a car salesman many people would like to sell cars professionally.

Those of us already immersed in the car sales industry understand how things work, but in order to help those considering the profession you may want to take a closer look at these 5 frightening things about becoming a car salesman. Before you jump in with both feet you should know how things really are when you sign up for one the most despicable, disgraceful and scandalous careers a person can have.

Commission: One the scariest things about becoming a car salesman is working on a commission basis. Regardless of how much research you do you will never know exactly how things work until a dealership hires you and you start selling some cars. Of course you can ask for the details of the commission structure during your interview, but you still won’t have the big picture until you get started. That is when you will learn all the details of your car salesman pay plan and only then because every car dealership has a different pay plan. The details include the percent of profit, the dealership pack, bonuses and spiffs all of which can vary great from dealer to dealer. Now if that is not enough to make you think twice about your new profession the next scary thing will make the hair on the back of your neck stand up if you never got paid on a commission basis before.

Regular Pay Checks: If you came from a vocation that paid you an hourly wage or a salary, which you received weekly, or biweekly you are in for a severe change. Typically you will be paid once a week as long as you sold some cars in the previous week. However if you didn’t sell any cars in the past week you wont receive a paycheck on Friday unless your dealership pays a draw or a small weekly fixed amount, but once again every dealership has a different pay plan. Becoming a car salesman is very different from most careers, but it car be very lucrative. The last thing you want to do when you think about selling cars for a living is to focus on not getting a weekly paycheck. If you sell cars regularly which is your job the paychecks will come and you will wonder why you weren’t a car salesman years ago. Take a look at how much car salesmen get paid.

Car Salesman Hours: You won’t have to go too far to find someone that was once a car salesman and the first thing they will say is that they left the profession because of the hours. They won’t tell you that they couldn’t sell cars or that that they didn’t make a true commitment to become a car salesman. They will only complain about the hours and they won’t mention their inability to sell cars professionally. Of course you will be working more than forty hours a week, but you will also have the opportunity to earn a six-figure income. I don’t know about you, but if I’m going to have to work for a living I would rather work a few more hours per week and make a lot more money than most 40 hours per week jobs. If you want to know the truth take a look at the car salesman hours survey here.

Reputation and Deceive Customers: Are wondering if have to become a liar, thief and a cheat to become a car salesman? If you truly are asking that question I have a nice used car for you. Anyway, if you are thinking about becoming a car salesman I can assume that you are not concerned about the talk the general public talks about car salespeople. Remember the old saying; “One bad apple spoils it for the whole bunch”? That saying certainly applies here because there are plenty of bad apples in car business, but there are less and less all the time. The bad apples are weeded out and the retail car business has become an industry filled with professionals.

There is no need to lie, cheat or steal to be a car salesman. In fact, ever since the Internet became a major part of the car business the customer often knows more than the salesmen. Of course some thick skin would be very helpful when it comes to selling cars professionally, because of the nature of the car business. But if you are worried about having to be immoral, dishonest or corrupt to become a car salesman you can cast away your fears and doubts because it’s not a requirement of being a successful car salesman.

Can I Do It: Most everyone questions his or her abilities at one time or another and making the decision to become a car salesman will probably be one of those times. A car salesman job is not like any other job, but if you are not going to jump in and give 110% don’t bother. The first 90 days or so is going to be the hardest part of becoming a car salesman. You need to be ALL IN or not don’t even waste your time. You are going to need a positive attitude, an open mind and a burning desire to succeed. Get through the first 3 to 6 months and you will have a good foundation for becoming a successful car salesman or car saleswoman. I am not saying that it will be easy after that or that you will be the best salesperson at your dealership because it’s still work, but at least you can take a breath. You can do it, others have and you can too, if you just decide.

Do You Still Want to Become a Car Salesman?

Well, have you changed your mind or do you still want to become a car salesman? It’s not really frightening when it comes down to it so I hope you are still with me because we need people to be car sales professionals. You will find lots of tips and articles for being a successful car salesman on this blog and website. Selling cars is a great career choice, but it’s not for everyone.

Later, fresh Up on the Lot
KB

Thanks, but profession is used correctly in the 4th sentence and YOU didn't spell journalist correctly.
KB

Really, You can't spell. The first word in your article should be 'Who'! Sentence four should be 'professional'. WTF I hope your day job is not jurneilast.