The first question that comes to the mind of many people when we talk about a car salesman career path is the question is being a car salesman a good career? The short answer is yes, but wait until you see all the other career path opportunities. Car salesman jobs can be a very lucrative career choice and there are many options for those salesmen that master the art of selling automobiles. The car salesman career outlook is bright and loaded with opportunities. In this article I will cover some of those options.

Typically an auto sales career starts as a car salesman and then from there are career paths that can lead to being an Internet Sales Manager, Internet Sales Director, Sales Manager, Used Car Manager, Finance Manager and General Sales Manager (GSM). Some have even gone on to become the General Manager (GM) of a dealership and some have gone out on their own and started their own dealership or used car lot. Whatever your car salesman career objective may be, being a good car salesman can create many different avenues for the person that gets bored with working on the front line.

I am not going to spend too much time talking about the merits of automobile sales careers that include becoming a car salesman because most of this blog and website for the car salesman is devoted to being a top car salesman. However some of the high points include the ability to make a six figure income without going to college and it can be compared to having a business of your own without all the things that take away from making money. The car salesman salary range can vary greatly from $30,000 a year up to $250,000 a year which depends on the area of the country, the dealership and most importantly the car salesman.

The job of the Internet Sales Manager (ISM) is similar to that of the car salesman except that they don't work the floor and take Fresh Ups, instead they work with customers that come to them from Internet leads. See the post Internet Sales Manager or Car Salesman for a more thorough discussion of the ISM. The ISM earnings are similar to a car salesman income between 40K and 250K a year, but that is based on many variables, which are different at every car dealership. When it comes to automobile sales careers some sales people and dealerships think that the ISM is the future of auto sales and a natural progression for the car salesman.

Sometimes called the F & I manager or Finance and Insurance Manager, they are the person that completes the paperwork and sells many different products that the dealership has to offer. Their office is commonly called “The Box” in the car business. The F&I manager not only fills out and completes the paperwork, but is required to sell items like extended warranties, life insurance, service contracts if they want to make some money. Typically the Finance Manager started out on the sales floor and was a consistent top seller. The finance manager gets a piece of every deal they handle, but they don't make much of anything if a customer pays cash and doesn't buy any extras. The income of a finance manager can range from 75k to 300K, but again there many variables.

The second most thought of person when you talk car salesman career path is the Sales Manager. The sales manager uses their car salesman skills to try and close the deal if the salesman can't. They supervise the car salesmen and women to make sure customers are being assisted and treated in a professional manor and monitor the lot for customers, and vehicle displays. They ride the sales people about doing car sales follow up and expect them to set appointments. A car salesman that has been a top seller consistently is a great candidate for a sales manager. However they need to let the GSM know they are interested in the position because some top sales people like the freedom of working the floor and don't want anything to do with being a sales manager. Of course the income of a sales manager is like all of the auto sales positions in that it depends on the person, the dealer and the volume, but the range can be from 80K to 250K a year.

The Used Car Manager has many responsibilities that include managing the used car inventory and maintaining the proper levels for maximum turnover and profitability. They may go to the auto auction and buy and sell vehicles depending on the needs of the dealership. They are also responsible for the profit made on the used car inventory when it is sold on the lot. The used car manager appraises trade-ins and is careful not to put too much money in a trade because it can hurt him later on when it comes selling the vehicle. A service background is helpful for anyone wanting to be a used car manager, but it is not necessarily a requirement for this automobile sales career path. A used car manager can earn between 80K and 250K a year.

The GSM or General Sales Manager is the manager of the sales managers and all the sales people, Finance Managers, porters, Used Car Manager, Internet Director, Internet Sales Managers, car salesman training and everything else that has to do with sales of vehicles. The general sales manager has a full plate at all times. They need to monitor, regulate, order, supervise and answer to the General Manager of the dealership and or the owner. It is not an easy job, but they can make between 120K and 500K a year. The job is demanding and requires a great deal of energy, but the pay can be great. Usually the General Sales Manager is promoted from a top sales manager or they may be hired from the outside to come in and shake up a dealership if the owner thinks the sales department needs some fresh blood.

You can't get any higher than General Manager of a car dealership unless you are the owner. The title is appropriate because the General Manager is responsible for absolutely everything. This position is more than an automobile sales career and requires much more than the ability to sell cars; they need to know about accounting, bookkeeping, legal matters, employee law, state and federal regulations and more. They have all their managers and staff to assist them, but ultimately it all rests of their shoulders. The general sales manager needs to be experienced in the operation of sales, service, parts and the profitable operation of those departments. Once again the dealership structure and the size determine the income of the general sales manager. They are paid according to the profitability of the dealership on a whole, which is determined by net profit, not gross profit like the car salesman or sales mangers. That's right they get paid a percent of the profit after all the bills have been paid. No profit no pay. The General Manager can earn anywhere from $150,000 to $500,000 a year, the sky is the limit. 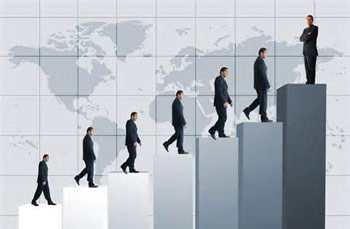 Automobile dealers come in all shapes and sizes that range from new car dealerships that are operated out of multi-million dollar buildings to the corner lot that sells used cars and offers in house financing. Most new car dealerships that are opened today are usually operated by auto groups that own and operate several stores because the financial requirements to open a new dealership that sells and services any of the major brands is difficult for most. If you already own a new car dealership that has been in operation for years and still around today you are probably in a great position and have much more than an automobile sales career. When it comes to the income of a dealership owner it is all over the board because of the different types and sizes of dealers. I won't even try to put a number on it, but you can bet it is better than that of the General Manager (GM) and rightfully so because they have a large amount of money invested in their business.

Breaking Away a Business of Your Own

Some people that have spent years in the business of selling cars come to a point in their auto sales career where they want something more; they want their own dealership, car lot or business. Because of the large financial requirements to open a new car dealership some start a small used car dealership. They rent a building, get a car dealer’s license, buy some cars from the auction and they are open for business. Like any new small business there are no guarantees so some fail and some succeed. It may not be easy, but if it were easy everyone would do it. I know several very successful new car dealership owners that started with a small used car lot and today they own several dealerships. There is very good money to be made in the business of selling cars. If you have been thinking about taking your automobile sales career to the next level take a look at this from a former car dealer salesman that has went out on their own.

Besides working on the front line of the car business (where the most money can be made) there are many related fields and sales careers for the person that is familiar with the car business. There are many companies that service car dealerships and sell them a very diverse group of products and services and these companies prefer experienced auto sales people to sell their products and services. These related fields have a similar requirements to a car salesman job description. However, rarely do they provide the income potential that the above auto sales careers mentioned earlier, but some can provide a very good living.

There you have it; there are many different career paths both on the front line and in the support of the business of selling cars. There are many different avenues when it comes to car salesman career path from starting out in the business to owning the business and everything in between. Whatever direction you choose it really comes down to you. My car salesman career advice to you it that if you have the desire, drive and ambition you can have any of the jobs, titles and careers that I talked about above. There is big money to be made in the car business, but it still comes down to you. Then people will be coming to you and asking is car salesman a good job and you will know the answer. For more car salesman career information you should read many of the posts and articles right here on this car salesman blog; Car Sales Professional.com.

I am trying to find out everything I can if you have any good pointers let me know Houston Tx.