Published by KB on May 2May 2

Have you ever heard the saying “stories sell”? If not you should pay close attention because there is merit in that saying. I am not saying that you need to make up tall tales or spin a yarn, but you should collect the stories that your customers tell you and tell them to your prospective customers when the scenario applies. You will sell more cars and make more commissions when you put this simple truth to work for you on a regular basis. 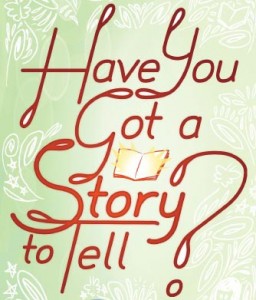 Not only will you end up selling more cars, but you will also create a closer bond with your customers. Let me give you an example of a true experience that I had early in my car sales career to illustrate my point. I received a phone call from a customer that I sold a car to about six months earlier and he asked me if I would be in that afternoon and if I had a good selection of the model car that I sold him six months earlier. I said that I would be in the dealership and that I did have a great selection. I then asked him why and he told me that he would be in to see me in a little while and tell all about his request.

Connect with Your Customer and Sell More Cars

About an hour later he came in with his wife and daughter and told me why he asked such a question. It seems that he and his family were in a nasty accident in the car I sold him only six months ago and that the car was totaled out by the insurance company. He told me that he was broadsided in an intersection by a larger vehicle than his and that the only injuries that he and his family incurred were some scratches and bruises.  Both he and his wife told that they wouldn’t even consider owning a car that wasn’t the same make and model that they had. I was relieved that they were alright, but talk about selling more cars.

Obviously I sold them another car and several more cars since that time. Each one was easier to close because they felt comfortable with me based on the previous experience I provided when buying a car. However the real payoff was the story that I have shared with many car buyers over the years. I have sold more cars and created more relationships with buyers than I can recall by using that story. This story portrays the experience that my customer had and ultimately became a third party testimonial.

Selling Cars is a People Business

This is a real-life story and one that people like to hear when they are considering the same automobile. The value of such a story and similar stories can be exactly what you need to close the deal sometimes. It’s not a commercial or a brochure; it’s a real-life story that can help you sell more cars. I may not have ever heard this story if it wasn’t for good car sales follow up and a positive car buying experience. I feel compelled to tell you that I have also received several referrals from that customer.

I am not telling you to fabricate a story to sell more cars because there are plenty of these real-life experiences to go around. Take your time, listen to your customers and learn more about them. People buy from people and more of them will buy a car if they feel that you care about their wants and needs. Do your follow up and ask for referrals because you can always sell more cars with stories.

You can sell more vehicles when asking for referrals and doing your follow up.

Check out the book Prospecting, Referrals and Follow Up!

Hi Don,
Nice job Don and I hope you are Top Dog.

I have thought about the emotions of selling many times, but haven't gotten around to writing it out.

I have been top dog at the largest Chevy lot in Utah. I want to be top dog for the year!!! I need help. I want to get more into the emotions of selling. I have studied Verde and he gives great fundamentals but I want to be able to understand why, better...