Car sales pay plans are like opinions, everybody has a different one, but there is one thing that you can’t ignore and that is the fact that you should be working your car salesman pay plan for all it’s worth. I am not talking about doing anything sneaky or under handed I am talking about making the most of what is yours. Knowing where you stand and what you need to do to hit your next bonus is essential for making the most money humanly possible when selling cars. 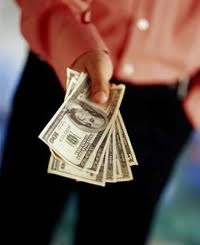 The GM or the General Sales Manager of your dealership or both of them have thought very carefully about the pay plan that you work under. They expect the sales staff to look for every opportunity to maximize their income. They have calculated and ran through many scenarios before they put your compensation structure in to place. The basic premise is to reward the top car salesman or car saleswoman and give a taste to a few of the runners-ups in order to further motivate them to achieve even more.

Get More From Your Car Salesman Pay Plan

You owe it to yourself to look for every way that you can find to increase your income. Too many sales people do their best to sell as many vehicles as possible with as much gross as possible, but they often fail to strategize the possibilities that might be within their grasp. Granted many sales people know how many more cars they need to make their volume bonus, but there might be more. Obviously your specific salesperson pay plan has a lot to do with it, but after going over and even helping dealers develop their pay plans I have found that far too many sales people leave their bonuses to chance rather than maximize the potential.

Does your car salesman pay plan provide incentives for selling aged pre-owned cars? How about something extra for selling demos? Do used cars pay more than new cars or new more than used? If there a bonus for the “Salesman of the Month”? Are there rewards for selling after-market products such as rust-proofing, paint protection or fabric protection? Maybe a dividend for accessories? Perhaps there is preferred mix of new and used cars that can increase your compensation.

Since there so many different sales pay plans in effect today I can’t provide you with a formula or tips of how you can work your compensation structure, but I can tell that you need to know all the details of your specific method of pay. Make yourself aware of all the possibilities and make the most of them. I am sure that some of you are already on top of working your car salesman pay plan, but I thought that everyone that sells cars for a living today should give it some thought.

When it makes sense switch those that can be switched to an option that will pay more. Sell a new instead of a used car or vice versus and make sure you put as much effort into selling the extras as you put into selling the car. Stop hoping for a good end of month bonus and start maximizing your efforts in the direction that pays you what you are worth.

Nobody looks forward to selling a “Mini”, but if you have a pay plan that allows you to sell add-ons and extras you might be able to double or even triple the pay you would receive by selling a “mini”. Learn to look for all the possibilities and work the car salesman pay plan that you currently have. You might be surprised to find out that you could add five, ten or more thousands of dollars to your car salesman income per year. Top sales people across the industry are always looking for ways to escalate their commissions and you should too.

You Can Make More with Car Sales Prospecting.

Jump in with both feet. I took the risk in January and got into the car business and wish now I had done this ten years ago when I was too scared to. Great money, great opportunity. It isn't easy work, but it is rewarding. Go for it!

Hey just wanted to say your information is awesome. I have been researching this industry because i`m thinking about getting into it. I'm in Calgary Alberta Canada. I`m trying to gather as much insight from people as yourself to see if this is something I`d like to do. I just got laid off after 8 years with the same company in the restaurant industry and I think I`d like to try something different. I am open to any suggestions, ideas, tips or anything for possibly a newbie to the business. Thanks again. J