5 Things Car Salesmen Should Never Do

Published by KB on November 5

You will find lots of car salesman tips and advice on this website, but I thought it was time to talk about the things that car salesmen should never do. These are the kind things that will do more harm than good when it comes to your reputation, your salary and your success as a professional car salesman. Hopefully you are already know that these things can cause you more grief and regret than it could ever be worth, but just in case I wanted to take a few minutes to make sure you never make these mistakes. 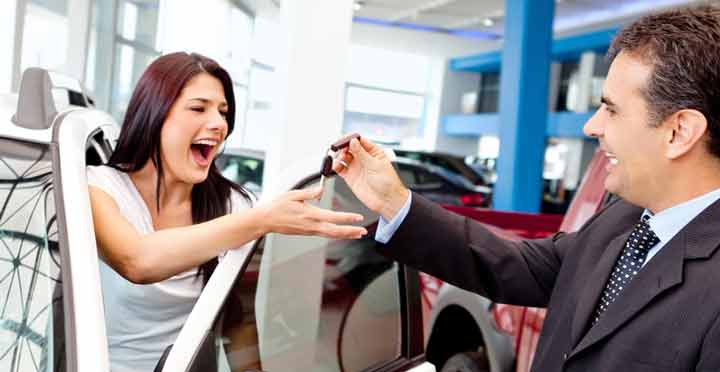 Car Salesmen Should Never Do These Things

Believe the Customer: Every car salesman does it from time to time, but it will bite you in the ass. This is mostly a Newbie or Green Pea issue, but I have even seen veteran car salesmen believe the customer when they know they shouldn’t. The number of lies that car salesmen are told can’t even be counted because there are so many, but the most the common ones are “I will be back”, “I have to talk to the wife/husband”, “I am not buying today”, “I got a better price from another dealer”, “I have a doctors appointment” and “I have to pickup the kids”.

The car buyer’s first line of defense against the Big Bad Car Salesman is to lie. I’m not talking about dishonest or deceitful people; I am talking about people that would never even think about telling a lie. However when it comes to shopping or buying a car lying is acceptable. Priests, pastors, Grandmas, Grandpas, have lied to me. Young, old, male and female car buyers will lie. People consider it acceptable and appropriate to lie to the car salesman. This is why this is one thing a car salesman should never do, because believing the customer puts them in control instead of you.

I am not telling you to call the customer out or tell them they are lying, but instead just keep doing your job. Ignore their lies and continue to sell them a car and you will be surprised how many times they will change their tune if you get them interested. If they are telling the truth they won’t back down, but more often than not they will drop the lie and start giving you other objections that you can overcome. Usually the lies are about things you can’t overcome and they know that, but if you start to win them over and gain their respect and confidence you have a very good chance of selling them a car. People come to car dealerships to buy cars so sell them one and that’s why this is something car salesmen should never do.

Cherry Pick Customers: I have actually seen some people that were very good at spotting a sale from across the lot, but that’s very rare. If there is one thing that will lose you more commission than anything else it’s Cherry-Picking the wrong customer. I have done it myself early in my career, but it didn’t take me long to learn that lesson. Especially after the few customers I passed up paid off in a big way to car salesmen that took the Ups. Sure you could find yourself wasting an hour before you find out that they couldn’t buy a car if they wanted to, but that’s just part of the business.

After I learned that cherry picking customers is something car salesmen should never do I took every up I could get and I was surprised how many more cars I sold in the long run. Take them all and work them for all your worth. Sometimes you will be surprised and sell that customer that looked like they could afford to buy a bicycle and sell them a car that that turns out to be a 3, 4, or 5 pounder. It happens everyday all over the country so you might as well be the car salesman that puts the commission in their pocket.

Skate Your Fellow Car Salesmen: Skating another car salesman can be the quickest way to find yourself on the outside looking in. Most dealerships have policies about skating, which is usually handled by firing the skater because it’s considered stealing. In case you don’t know what skating is, that’s when a car salesman takes another salesperson’s customer by lying to the customer without the knowledge of the desk manager or other salesperson. Should such an opportunity presents itself to you it’s your job to report it to the other salesman and/or the desk manager and let them decide how it should be handled. Most dealerships will allow you to serve the customer, but the deal becomes a split deal between you and the other car salesman.

Even if you don’t get fired for skating you will lose the respect of all your coworkers, managers and other members of the staff. Skating is unacceptable in the car business and it should be handled by dismissal. This is big and it’s something a car salesman should never do because it’s wrong, it’s stealing and the consequences should be extreme. When you skate a car salesman it usually comes out sooner or later so don’t do it.

Sell the Desk Manager: If you think that you are going to talk the desk manager into making the deal before its time to make the deal you have another thing coming. When you try to convince the desk manager why they should accept the offer the first thing they think is that the car salesman believes the car buyers lie. The desk manager has been in your shoes and knows how to sell cars or they wouldn’t be behind the desk. They know what they are doing and you are not going to sell them because they have heard it all before. It’s their job to make sales, but it’s also their job to maximize the profit on each sale. It’s your job to tell the desk manager what is going on in the deal and no more. The car salesman should never try to sell the desk because it’s a sign of weakness.

Get Kinky to Close the Sale: I have seen it more times than I can recall, the car salesman promises things they can’t deliver just to close the sale. When the salesman feels that they are so close to making the sale if they would just throw in an extra key, a set of floor mats, some oil changes or anything else without the consent of the desk is dangerous because they could end up paying for those things themselves with their commission. When you close the sale you need to make sure that you, the customer and the desk manager is on board unless you are offering to pay for it yourself. Before the final handshake everything should be spelled out in order to keep the deal from going south in the finance office. Everything is put on paper on when they go through the finance office so make sure there aren’t any loose ends. When you look your customer in the eye and tell them no about certain requests they will usually understand, but if you have to take them back after they get in the finance office they will usually blow up and now you are out a sale. Be straight with your customer when you close the sale. The car salesman should never get kinky or promise more than they can deliver to make the sale because it will come back to bite them.

There are many other things that a car salesman should never do, but I have seen these more than the others. If you can offer some advice for your fellow car salesmen please add them in the comment section below. I am sure most of you can add things that you have learned about the hard way or at least seen happen around the dealership.