Published by KB on June 3 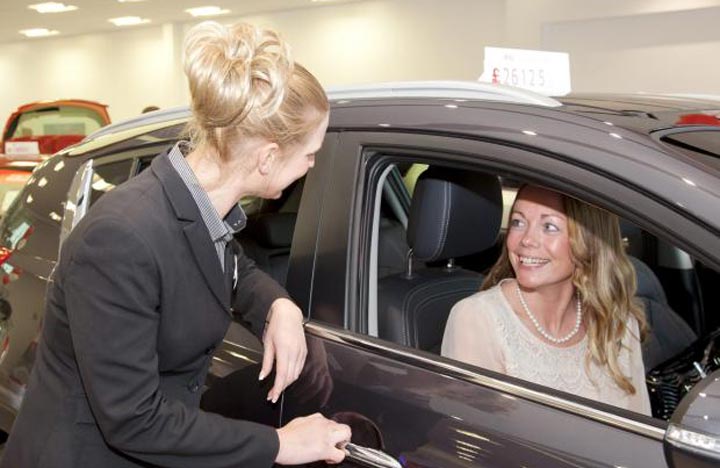 I wrote a post about the car salesman attitude recently and I took some heat from some female readers. It was not my intention to leave out the car saleswoman, but rather an oversight for which I apologize. I titled this blog/website Car Sales Professional because I thought it was gender neutral. I’m a big fan and an avid supporter of car saleswomen. I know many women that can outsell most men and quite possibly any man. I know women that are sales managers, General Managers and dealer owners for which I have great respect. The car business isn’t a business for men anymore, it’s for anyone that wants to become a car sales professional.

A woman that decides to sell cars for a living has not selected this occupation because it’s easy or because it’s a traditional career choice. They do it because they want to sell cars and they are willing to do what needs to be done to get what they want. That statement alone says a lot about the attitude, character and determination of the car saleswoman. Even today there are many car dealerships that don’t hire car saleswomen, but they are making a big mistake because women can sell cars as well as any man.

The Car Saleswoman and Selling Cars

Whether you are a car saleswoman, car salesman or a car salesperson it just doesn’t matter because you are a Car Sales Professional. Its not about the gender, it’s about selling cars. We’re all here to sell cars, make money, pay the bills and have a little extra for ourselves and the future. In most dealerships the owner, general manger and the sales manager don’t care if you are female or male as long as you can sell cars.

I will admit to using the term car salesman most of the time when I write. However I do use term because people that are looking for information about the profession search that term. They are looking to learn about car salesmen and working on commission, how much do car salesman make, how to become a car salesman. Therefore I use those terms so people can find the information they desire. I started this blog/website to help others that want to learn about the car business and selling cars for a living. Everything that you will read here is meant to be helpful for the car saleswoman as well as a man. I just want to help others become better car salespeople.

I have worked with many car saleswomen and car salesmen over the years. Some of them were great, some were good, some were mediocre and some needed to find a new career. After doing the math I can assure you that their sex had nothing to do with their skills, abilities and level of success as car salespeople. Their attitude, desire and determination made the difference.

It Would Be a Mistake to Underestimate the Car Saleswoman

Whether you are a manager, an owner or a competing salesperson on the floor don’t under estimate the car saleswoman. I have talked to many customers that bought and didn’t buy from a number of dealerships and learned some things that might surprise some people. Some of the best reviews and the happiest customers were from people that worked with car saleswomen. I have also had several potential customers request a woman rather than a man. I am not trying to favor one sex over the other, but some customers do. 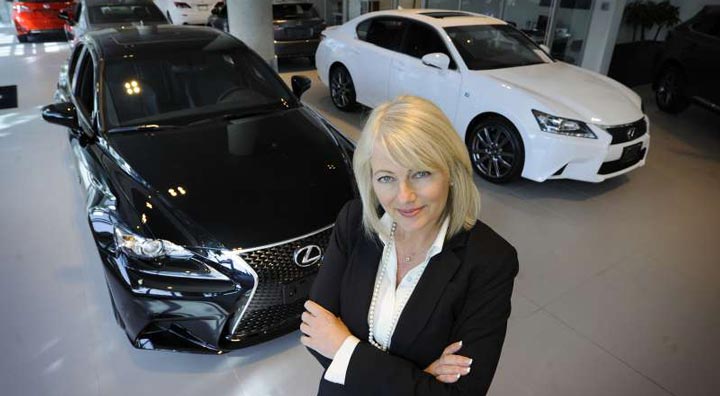 Becoming a car saleswoman can be very difficult or it can be like learning any new occupation. However it can be much harder for a woman than a man if dealership management does not support the hiring and training of women for their sales staff. Several years it ago was hard to find a woman selling cars on the sales floor, but things are changing and I’m starting to see more and more women as car saleswomen.

Hats off to the car saleswoman. They are pioneers, trailblazers and willing to persevere to make their place in the car business. If any woman wants to start a career in the car business they should start now because it’s a great time be selling cars. Others have done it and you can too!

Feel free to send in your comments, stories, questions and struggles to becoming a successful car saleswoman to Car Sales Professional. We have a large following of both male and female readers that have been there and done that. Not to mention that there are plenty of others that have the same challenges and hurdles. It all comes down to selling cars, making money and having fun regardless of gender.

You’re the car saleswoman or man, today is the day and this is the place, so lets sell some cars and have some fun.

Later Fresh Up on the Lot
KB