Shut Up a Car Salesman Tip

I have seen it more times than I care to remember. The car salesman is talking, talking and talking until they talk their car buyer into becoming a "Be Back". This car salesman tip is about shutting up because it is one of the most powerful tools that the car salesman has at their disposal. The uncomfortable silence that shutting up can create might be the easiest way to close a deal. If it doesn't close the deal it will at least bring up your car buyers real objections. Either way you win, because you sold them a car or you can start working on their real objections. 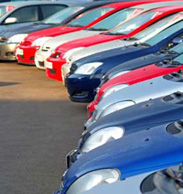 People hate the "Uncomfortable Silence", it's the nature of humans. Some people will actually buy a car because the silence will make them crazy, but when the quite makes you crazy you start talking some more. Now your car buyer is relieved because you are talking and they don't have to make a decision. If you keep talking too much your car buyer gets bored, doesn't have a chance to buy a car and they are ready to go home. They ask for your business card and say that they have to think about it and that they will "Be Back" tomorrow. Say good bye to your commission which is the real reason for this car salesman tip.

The Logic of This Car Salesman Tip

Selling cars for a living is much more than logic, if all car buyers used logic to purchase a car nobody would make any money. This car salesman tip is about the unseen psychological factors and triggers that make people buy cars. There is no question that a successful car salesman has to be able to walk to fine line to know when to shut up and when to talk. The secret of your success as a car salesman is be able to read your customer and use the tools you have at the right time and in the right amount. The wrong tool at the wrong time creates "Be Backs" rather than buyers, so read and listen carefully to your customer. They will tell you how to sell them a car, but they don't always use words.

A Tip for Car Salesmen

Shut up and listen. People love to talk about themselves if you only give them a chance, but if you are talking the whole time they never get a chance. Let them talk and you will discover exactly how they want to buy a car instead selling them a car the way you want to sell them a car. They need to believe it was their choice and not yours. Did you notice I said they need to believe? That's right, when you do your job right they believe that it was their decision. There is so much more to this car salesman tip that gets into the psychology of selling that I covered in the book. Did you Read The Book?