Deciding if You Should Be a Car Salesman

You are trying to decide if you should be a car salesman, but you have your doubts. The thought of a regular fixed weekly paycheck versus uncertainty is very hard to swallow if you have never sold cars on commission before. In fact that is the most common reason that keeps people from pursuing a career in car sales. I’m not writing this post to convince you one way or the other, because only you can decide what is right for you. However I do want to make it clear that being a car salesman or car saleswoman is work. No, not backbreaking physical labor, but it’s definitely work.

You decide it might be time for a career change and you come across this ad to be a car salesman. The help wanted ad may have made is sound like a day at the beach with promises of big money and benefits, but unfortunately that’s not always the case. Yes, you can make some big money just take a look at the results on the survey of how much car salesmen make and you can see that the opportunities are there for making six figures selling cars.

Income and Being a Car Salesman

I don’t want you to get the idea after reading the survey that every car salesman is making big money, because they are not. Like most things, very few people are going to submit their income for the survey if it sucks. Obviously most of the participants are proud on their accomplishments. I will guarantee you that everyone that participated in the survey had to start from scratch at some point. They had to take a chance, take the risk and rely on themselves to come out on top. They had to take a pass on the regular fixed paycheck and choose to be a car salesman or car saleswoman. They rolled the dice and now they sell cars for a living and earn a respectable income.

However you must know that there have been plenty of people that decided that they wanted to be a car salesman that could make it work. They got past the major hurdle of a fixed paycheck or commission and they took the plunge. They trained, they tried, they worked, but they just couldn’t sell cars. Sure everyone can sell a few cars here and there, but a few cars a month doesn’t pay the bills. They just didn’t have what it takes or they didn’t make the commitment to do and learn what it takes to be a successful car salesman.

Being a Car Salesman Not Your Thing

Once you have made the decision to be a car salesman and you commit yourself 100% to being a successful car salesperson you need to hold on for at least 90 days. The first thirty days of your new career is a learning and adjustment period. The car business is very different than most businesses. There are some similarities when it comes to selling, but the car business is unlike any other sales career. I wanted to quit more than once during my original 30 days, but I told myself I would stick it out and I am glad I did.

After your first 30 days of being a car salesman, you have a basic idea of how it works and for the next 60 days, you observe, learn and tweak your selling skills. You watch the top performers and adapt to your customers. These 60 days are essential for you to decide if being a car salesman is right for you. Soon you will have a good idea of how the commission works along with any bonus programs. You will be able to determine the potential income and whether you can make this a long-term career. 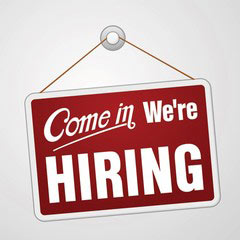 Besides your own personal thoughts, there are two ways to determine if you should be a car salesman at this point. If you are only selling a few cars a month you are probably making no more a few hundred dollars. The second way is that your manager will warn you about not selling enough and you need to sell more cars or you will be let go. Either way you will know because you are starving and that selling cars for a living is not for you.

Be a Car Salesman or Not You Must Choose

Warning: If you are having a hard time deciding whether or not you should be a car salesman take a look in the mirror. Then ask yourself if you have enough faith in yourself to succeed? Do you believe you can sell cars for a living? Do you believe that you can do and learn what it takes to be a successful car salesman? Can you make a 100% commitment to succeed?

If you can’t answer yes to all of the above questions then you should probably forget about being a car salesman.