Giving Away Your Car Salesman Commission

Published by KB on April 17April 17

Think about it for a minute; are you giving away some of your car salesman commission or are you getting all you can. I hear sales people complaining about "Mini" deals and very low gross, so I decided to watch a few deals and see what is going on during negotiations for some car salesman tips. 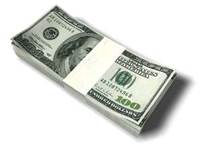 I was watching a Newbie (been on the floor about 2 months) the other day trying to sell a new car. He was new to the car business, but he was following all the steps to the sale exactly as he was trained to do. He did a great walk around, a test drive and a service walk and then he sat his customer down at his desk. Everything that I had seen so far looked like it was going to be a deal and he would make a fair car salesman commission.

Car Salesman Commission and the Newbie

I kept watching and tried to get close enough to hear what was going on, but not to close. The Newbie went through the Four Square and the normal objections, got an offer and took it to the desk. I went into the Sales Office and listened to him try to sell the desk on his customer's offer. The Desk Manager called him a "Weak Stick" told him to pull up his pants, penciled him back and told him to get a bump of he was going to be splitting his car salesman commission.

Get a Better Car Salesman Commission

So the Newbie goes back and starts grinding his customer for a bump while I listen close by. He starts out strong and in what seems like less than 5 minutes he gets a $25.00 bump in payment. From everything I know and have seen so far, he has a deal with the $25.00 bump. He stops at the $25.00 bump and heads back for the Sales Office. He is proud of his payment bump and tries to sell the desk that his customer won't bump anymore. The Desk Manager is working several deals so he says "Write it Up". The Newbie get a big smile on his face starts doing paperwork while thinking about his sales commission from the car sale.

I asked the Sales Manager why he took that deal and he said he had several deals working and he wanted to boost the newbies confidence and teach him a lesson. He asked me to show the Newbie where he went wrong and how much more car salesman commission he could have made.

The above example is not a common one, but it illustrates a good point. The Newbie got a bump pretty easy which tells a Car Sales Professional that there is more to be had. But the Newbie got a $25 bump, got excited and believed his customer. Then the Finance Manager got almost $45.00 a month more. Granted the Finance manager did a great job, but if the Newbie stuck in there a while longer andÂ  worked his customer he probably could of got at least half of that $45.00 a month a better car salesman commission.

It's Your Car Sales Commission

For the details of a Car Salesman Commission