Published by KB on January 9

Sometimes we forget this very basic fact when it comes selling cars and an important car sales tip. We are often trained to sell, sell, sell, but too much of a good thing can be a bad thing. When you walk into a clothes or furniture store and the salesperson is in your face before you have a chance to see what they have to offer, how do you react? Do you say I am just looking or do you start telling them what you want? If you are like most people you will say I’m just looking (sound familiar). It’s just natural for a shopper to want to look around and see if there is something they want to buy, but they don’t want to be sold.

In fact the average person’s concern about coming to the car dealership is being sold something that they don’t really want at a price they can’t afford. They mentally prepare themselves to deal with the car salesman before they arrive with just looking, not buying today, the price is too high and any number of other excuses. This is all that most consumers know about protecting their wallet when they encounter a salesperson and especially a car salesman. 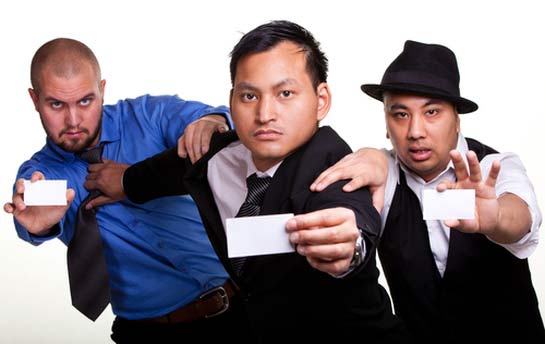 Some customers are Ok with the salesman standing in front of them when they get out of their car, but most don’t like having their space invaded the second they pull on your lot. Some sales managers may disagree with me, but I have found more often than not that the customer likes a little breathing room. The full frontal assault is very common in the car business and especially on an open floor where it’s each man (or car saleswoman) for themselves. Competition is tough and you want to get every chance you can, but coming on too strong initially came make it more difficult to earn their trust.

Perception - Nobody Wants to Get Sold

Every customer is different, so what counts is his or her perception of what is happening and how the process is going. You want to avoid being what they consider to be the stereotypical car salesman because nobody wants to get sold. Telling and selling is what we do, but their perception should be that you are educating, guide and counseling them to make the best decision for them. I didn’t say to avoid selling; I am just saying that you don’t want them to think you are selling them. You want them to think you are merely helping them and offering them options.

As we all know, we need to adjust our words, actions and closing techniques to each customer. When you keep the simple fact in mind that everybody wants to buy, but nobody wants to get sold you will sell more cars and make more commission. Sometimes grinding closes the deal, but other customers will ask for your card the minute they feel the tiniest bit of pressure and promise to be-back. The most important part of our job is to know whom we need to grind and who needs to needs to be seduced, stroked or massaged to get them to buy a car. Whatever it takes because you win when they buy a car.

Your are not alone, we all wanted to be able to learn everything right a way when we started, but it takes time. You said you started about a month ago which is barely enough time to get your feet wet. Being outgoing and easy to talk to will make things easier, but it takes times. You could try some role playing with another salesperson or a friend. This is one the best ways to learn how to talk to all kinds of different customers.

Keep up the good work and let us know how you are doing!

Selling and closing are two separate things, however, there is a fine line between them. A true Horse, (a 20 car man), blures the line by assumptive selling. You did it right when the customer says, "Is that it?", and you say,"Yes sir, your all set, the car is out front ready to go. This article is right on!

I recently started at a chevy dealer around a month ago. I dont really know alot about cars and have been trying to learn all the features,options, engins, rebates and all the other stuff. I work with 6 other salesmen. They are really helpful and have been trying to show me the ropes. I still have so much to learn. My problem is, I need to get more ups and learn how to get them in here, sit down and buy. I've sold a new truck and a used Yukon, with help. Im enrolled with power phone-ups, so I can learn how to talk to perspective clients on the phone. It has helped alot but still in the process of getting the full hang of it. I'm really outgoing, friendly, and easy to talk to and start a conservation. Its just frustrating because I cant answer all the questions and spit out the info like the guys can? I just wanna learn everything like.....today. But Id love to hear any hints or ideas you might be able to give me. Thanks, Janessa